Why Financial Advice is Vital

Last month was the tenth anniversary of the start of the regime of ultra low interest rates when the Bank of England cut the base rate from 1.0% to 0.5% in March 2009.  Since then the wisdom of leaving a large proportion of your assets in cash has been severely compromised.

Before the financial crisis the interest you earned from a bank or building society deposit account more than kept pace with inflation; so your spending power in the future would not diminish.

In 2007 you could earn nearly 5 per cent annual interest by just leaving your cash in a building society account.  And although inflation was 4.3 per cent back then; at least you were just about preserving your spending power.

Life was even easier in the 1980s. In 1986 you could earn nearly 10 per cent a year from your building society account while inflation was running 3.4 per cent.  A golden age for high street savers that has long gone. There was no need to need to worry about the stock market if you are virtually guaranteed a real return of over 6 per cent.

But today, leaving your money in the bank is about as sensible as using CB radio to keep in touch with your friends.

The financial crisis has heralded a regime of low interest rates that has lasted much longer than the majority of economists had predicted… which is not saying much actually.

If you had deposited £10,000 in a bank or building society account five years ago earning 0.25% a year, left it there; making no further deposits or withdrawals; the sum total in your account now would £10,125.  With these returns it really makes sense to look elsewhere and seek financial advice.

Here is what you would have made if you had put your money elsewhere:

If you were of a more cautious disposition and invested 80% of your £10,000 in government bonds both domestic and overseas and the remaining 20% in UK and foreign equities; your capital sum would have grown to about £12,900 in five years.

Now for the more adventurous; an 80% investment in global stock markets including the UK and a 20% investment in sovereign government bonds would have enabled your £10,000 sum to grow to nearly £16,000 over 5 years.

Further if you were really adventurous and invested in the US stock market you would have around £20,313 in your broking account after 5 years.

Now obviously these alternatives are more risky than leaving cash in the bank but the days of leaving your money at the high street in the expectation of preserving your spending power are over. The financial crisis has made it vital that you widen the scope of your investments after seeking the appropriate advice 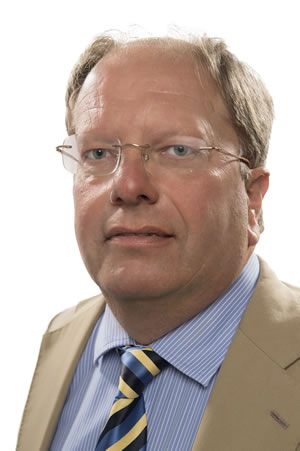 As we begin the new financial year, Conçerva are happy to announce that we have prepared a new tax card for 2019/20.

Copies can be downloaded from our website by following the link below:

What our Clients Say

Excellent, client focused approach with friendly, helpful staff who, along with delivering excellent results on investments, offer in house training in key areas. Always a pleasure to deal with.

We have always found both Chris and Conçerva most reliable, efficient, and pleasant to deal with. They have always been readily available whenever we have needed their advice; and have given us the confidence and the trust needed to make the necessary decisions in handling our financial affairs.

I have no hesitation introducing clients to Conçerva as I know that they will receive the best impartial advice specifically tailored to their individual needs delivered in a professional manner. Their Knowledge and quality of service is second to none and their willingness to go the extra mile is both comforting and reassuring and is why I use their services for my own affairs.

The team at Conçerva have provided me and my family with a well thought through financial map to provide us with long term security. Conçerva provided me with the tools and advice to achieve my personal goals. I have confidence and trust in all aspects of the advice given by Conçerva.

"In our dealings with Concerva, we have always found them to be personable, knowledgeable and helpful, so we are delighted to recommend them - particularly if, like us, you welcome their ability to explain complex issues in layman’s terms."

Trustworthy, professional, informed, not pushy, always helpful, friendly and with a fair fee structure. Need I say more? I have already personally recommended Conçerva and Ian Bromley in particular to friends and family and would do so to others without hesitation!

It is important to me to have someone I can trust to look after my retirement whilst I get on with my job... All in all Conçerva provides me with an excellent service.

Nigel has been giving us financial advice for nearly 20 years and in this time, he has always been professional yet approachable. We have been very grateful for his help over the years.

I was introduced to Conçerva by a retired accountant friend who had studied various Independant Financial Advisor services and recommended to me that I trust Conçerva to manage my investments.

His advice has proved to be well founded as my investments have made considerable gains and my relationship with Conçerva has become stronger each year.

Conçerva are a very friendly organisation and I enjoy a number of professional and social meetings with the staff and particularly with Ian Bromley who is my day to day contact.

We have been closely supported by Mark and have built up an excellent relationship with him over the years. We know that he is aware of all our financial circumstances and needs, and he gives us exactly the kind of advice appropriate to our medium and long term requirements. It is a real pleasure to deal with Conçerva, particularly Mark and it has also proven to be very successful and rewarding for our diverse portfolios.

Our accountancy practice has been associated with Ian Bromley and Conçerva for the best part of ten years. During that time the highest level of professionalism and advice has been received.

Having referred Conçerva to our clients on a number of occasions the feedback has consistently been extremely positive with clients commenting on the integrity, knowledge and the helpful manner in which the advice has been given.

In 2006 I suffered a life changing spinal injury due to a serious RTA, and as a result of that my life in every way would be forever changed. As a result of that I was introduced to Concerva and Mark Tomlinson through my Solicitor, and my relationship with Concerva has gone from strength to strength.

You can be as involved as much or as little as you wish in the day to day investment and details of your portfolio, and for me to have that responsibility dealt with by Mark was a huge help at a time when I did not have the capacity for it. I have had returns within their estimates year on year, and I have been extremely happy with the service that I have received.

Over many years I have always received a friendly, professional and efficient no-nonsense approach with realistic and transparent fees. They provide excellent service and I have no hesitation in recommending Conçerva to my friends and colleagues.

After agreeing our objectives, our advisor keeps in regular contact giving us relevant information/advice without trying to baffle us with jargon. Overall we are very happy with the service Ian and Conçerva provides.

“ I have had professional and personal dealings with Concerva for the last 10 years and have recommended many Clients with very substantial funds from compensation awards for catastrophic injuries. During this period Mark and his colleagues have provided an excellent service with competence, efficiency, openness and a very client friendly approach in what is a very sensitive and wide ranging area of financial services. Importantly, they also possess a good sense of humour."